Increased income and quality of life.

Here are a few short features to demonstrate the IMPACT of coaching with Anita. Each client has their own story, their own transformational experience. Here are a few examples:

A Most Unusual Flight

Awhile back I took a trip and while boarding the flight, I looked forward to reading and being alone. I love people but I love solitude just as much. I had an aisle seat, my kindle, couldn’t wait. But then… a man sits next to me with the smell of alcohol pouring from his breath, his pores, his clothes, and it was 9 in the morning! “Geesh!” I thought and rolled my eyes behind a covering of hair over my down-turned face.
He said to me “I saw a friend I haven’t seen in years last night and we had so much fun.”
“I bet you did.” I thought. “I can smell your good time.” But outwardly, I just mumbled some affirmative.
“Actually,” he said in a confidential manner “I never went to bed, I’m pretty tired. But I never get to get away, so it was worth it.”
I don’t know – dang it – something happened… I got a twinge (I believe from God) impressing upon me that He had set this man next to me for a reason. So, I took a deep breath and said
“Why don’t you get to get away much?”
From that point, this poor man told me how he’d been a long term caretaker for his sister who had died of a disease far too young – then his mother became sick – and he cared for her long term until she died too – and now his wife had terminal cancer and… he was her caretaker as well . The story was terribly sad – the burden was palpable.
“I don’t know,” he said “I must have done something really bad that makes everyone I love die and I have to watch it. But I can’t remember what I did that was so bad.”
“Maybe that’s not it” I said.
“What if… long before you were ever born, God called you to Him and said “I have mission I need someone to go on. It will be brutal, painful, terribly difficult – but I need someone to care for these 3 women I love so much – women who will die – and will need love and care during that journey. I know it’s a lot to ask, but I’m making you very strong. You don’t have to, but would you be willing to be that man for them?” (I have no idea where that thought came from.) “And what if…. just what if you said ‘yes’ to Him – and you took that mission because you WERE that guy? And what if, instead of being punished, God is oh so pleased with you?”
He must have stared at me for nearly a minute as the plane landed. He whispered ” I never looked at it that way”.
“I dunno, man,” I said “seems like that to me.”
The passengers were de-boarding and suddenly he threw his arms around me and said “Thank you so much.” Then he rushed down the aisle and of course I never saw him again.
I’ve often wondered how he’s doing these days – Good man. Drunk man, but good, good man.
Day in the life. And life is precious, is it not?

She was like a hurricane. The first time she blustered into my office I swear I felt my hair blow back. Her name was Cherie (pronounced sha REE) I know this deep in my bones because I mispronounced her name once and called her Sherry. “It’s sha-REE she said calmly. Several days later I again called her Sherry. “It’s sha-REE she repeated. But the third time I called her Sherry she said “I’ve corrected you nicely twice, The next time you call me Sherry I’m kicking your ass.” And I swear I’ve never made that mistake again!

What an enigma she was. Having owned a loan company herself at one time, this gal had done some amazing things – but a divorce and other setbacks had caused this powerful woman to question herself. She no longer wanted the responsibility of corporate America but found herself less than thrilled to simply make sales. She’d burst forward, then she’d walk away. she’d leap and then fall. Something was certainly not working. I remember watching this woman – beautiful in my mind for all her strength – and thinking she reminded me of a racehorse locked in it’s stall, pounding and beating at the door to get out – but to no avail. I knew she was meant for greatness – but she didn’t see it that way… yet. All she knew was her recent history said she failed every time she stood to walk.

One day she walked into my office and told me someone had suggested she become the manager of one of their real estate offices.”Ha,no way.” She said and so I asked her “Why not?” “I’m not putting up with that again” she said. But I told her “Hey, you’re a leader, maybe you should look into this.”

So with a sideways glance that said “You must be nuts” she agreed to take a 2 day course the company was offering for candidates. Not only did it spark a fire in her, but she learned there was an opening for a position in Maui, a paradise she had promised herself long ago that she would one day live in permanently.
Cherie is now on her 3rd year as the principle broker of a real estate company on that beautiful island. She blusters about there with the same intensity she did here, only now with a spirit of aloha in her heart. I’ve been a guest at her home twice and plan a third trip soon. Yet I remember back to the days before her path became clear and she would say “I don’t know what you see in me.” It makes me smile. You know she was always amazing – I just had the pleasure of helping find her way again.

All the kids in school loved Mr. D. He was one of those cool teachers, you know? High energy, creative, funny – he made learning so easy. But the public school system isn’t known for thinking outside the box, so, loved as he was by his students, Rob found that he wasn’t a good fit for his career. He left the academic world and chose real estate as the way he would make his mark.

Rob and I didn’t meet right away. He worked under a different coach for the first year of his career and under that tutelage, he learned the necessity of reaching massive amounts of people. However, the tactics he was taught included cold calling, lots of it. Not the creative world he longed for – and so much rejection. Were these low conversion rates really worth it?
Eventually he came to work with me and was surprised when I suggested he quit his cold calling and move into that artistic and imaginative world he loved. Deciding to add spice to his work, we began to look for the first great idea.
One day, Rob told me about the inspiration his grandfather had been on him as a child. He had been a developer in the area long ago and was well known and liked by the community. As a young boy, Rob was often invited to accompany his grandfather on social calls to his clients. Rob described the way he felt important, and proud to “work” alongside his grandfather. He described the celebrity-like status his grandfather held, the way people gravitated to him. Pointing to a picture of the old man shaking hands with JFK back in the day, the happy look of nostalgia on Rob’s face said it all. “I want to make him proud.”
“You’re going to tell that story.” I said. “Uh, ok.” He said – but when I told him it was going on Facebook, his web site, his MLS bio, the back of Open House flyers – EVERYTHING…. He hesitated. “Everything?” he asked. “Yes, everything.” I said. He raised his eyebrow and gave me a look that said “I’m not convinced.”
Yet the next time we met he was ecstatic.
“Coach,” he said “I figure that one coaching session with you was worth 1.3 million dollars! I’ve put 3 properties into escrow in the last 2 weeks, one of which I’m double ending – and all directly from people reading that story and deciding they want to work with me. Coach, you just paid for yourself 5 times over with that one idea.”
When I work with clients, I capitalize on their strengths and help them create a business that fits their spirit. I knew people would connect with Rob just like his students did, and that connection would be worth a fortune.
Today, Rob is on his 3rd year of doubling his business, it’s getting CRAZY cool. And how? By doing what he does best – with the help of a seasoned coach, he’s rocking the real estate world daily. Everyone has greatness in them. It’s just a matter of finding how to release it. Are you next? 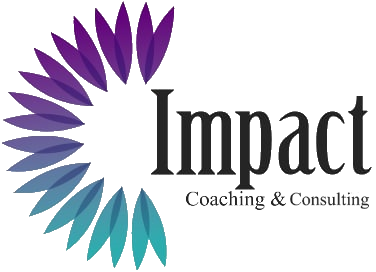