Do You Need a Boss? 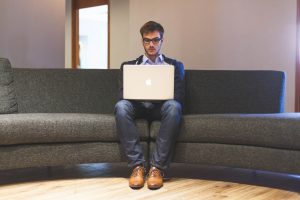 I work with a lot of self-employed entrepreneurs who have left corporate America to pursue a career built to their liking. Many resented the constraints put upon them by the proverbial ‘man” and felt they could do much better on their own. They are often distressed to find that once that authority figure is removed from their lives, they often flounder in self-discipline and direction. When no one is making them do their task, they often find they don’t make themselves do their task either. Business stalls, sales slow to a trickle and anxiety climbs through the roof.

The crazy thing about being self-employed is that most folks know what they need to do to make money; they just don’t do it. I’ve worked with countless people who can see the lights of the train coming through the tunnel headed on a collision course for them and yet their lack of self discipline – and/or their fear prevents them from action. Let’s be clear: sometimes this is a fatal problem to their company. If my client can’t or won’t commit to making some significant changes, my next plan of action is to encourage them to get a job. Sorry to say this, but if they can’t control themselves, they need to go back to the work-for-a-paycheck life and resign themselves to the fact that being self-employed was not as well thought out as it should have been.

But for those who are ready to make the changes, success is around the corner. After all, it usually boils down to whether folks are coachable or not. After all, to run your own business, you have to be both self-directed and yet humble enough to take advice and direction when necessary. Most people find that having accountability come from outside of themselves is what it takes to succeed. At the end of the day, to be successful, most people find they need a boss, and that’s actually OK.

So here’s the question… are you a good boss over yourself? Do you run a tight ship in your organization? Are you in control of all of your employees – including yourself? If the only employee you can’t get under control is you, you need a boss. But no worries, just go get one. Do yourself a favor , make yourself accountable to someone for your business actions. Hire a coach to take the role of boss in your life. The irony is, a coach discovers what you want in life, and holds you accountable to that, nothing else. Not to the stuff that other’s want from you, but what you expressly desire for your life. Now that’s not a bad boss. So get in touch with me, I can help. Anita Dizon 916.223.2803